For anyone who would need further convincing, here are a few more examples of the random yellow evils caused by Auto White Balance.

Picture 1 (statue on top of building) – Okay, there’s pollution in Rome but it doesn’t cause such an intensely yellow sky! And the deep green of these mediterranean trees is lost. On the right is the same shot after severe WB correction. 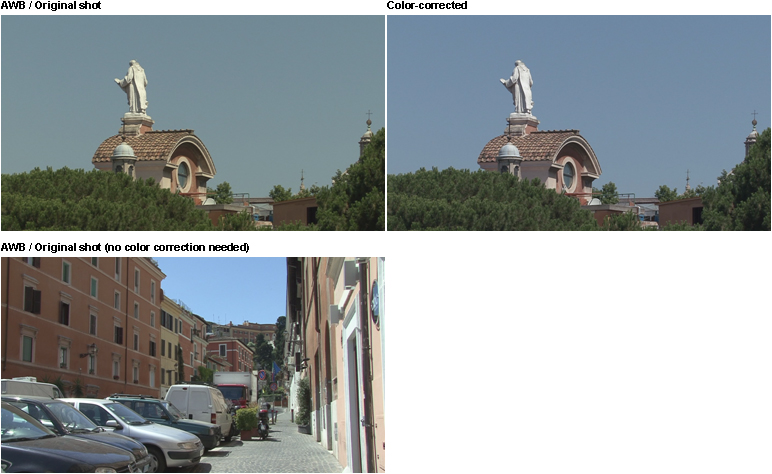 Picture 3 (church front, close-up) – Nice shot again, with an interesting color contrast between the part exposed to the sun (warm tone) and the shade (colder). No need for WB correction.

Picture 4 (moving away from the church) – There AWB is drifting away, with a moderate red/yellow cast both on the ground and on the shaded area which appeared in Picture 3. The two shots just don’t match, and this one needs color correction. 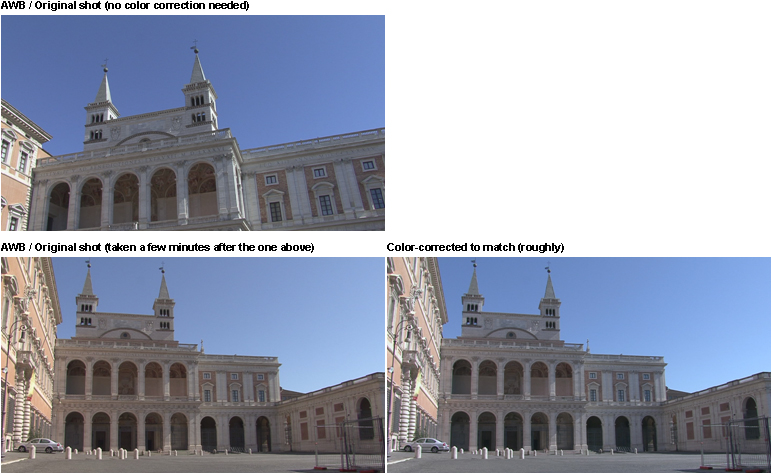 And now some other shots I already showed in a previous post: Piazza San Pietro is slightly red-yellow, and the little square on the bottom right is strongly yellow. 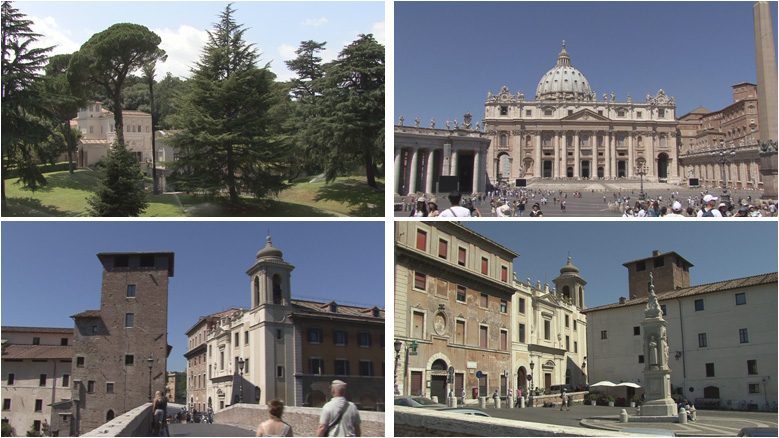