There’s a dreaded situation regarding colors and lighting, which happens when you mix sunlight with other color temperatures. For example:

Professionals would address such issue by color-balancing everything with 5500K-calibrated light sources, or setting some blue gel on the incandescent light source, or avoiding the situation altogether. That’s not practical for the casual videographer / hobbyist as you just can’t buy a whole set of lighting gear, let alone carry it around the world when travelling. Fortunately, there’s a work-around solution only a few clicks away if you have higher-end editing software such as Apple Final Cut Studio, EDIUS Pro, or Adobe Premiere Pro.

Enters Secondary Color Correction. Secondary CC is color correction that you apply only on some part of the picture, based on some criteria.

Any question or comment on this article? Come over discuss it on our Editing, media authoring, and color correction forum!

Removing the blue tint in shadows

For example in the following before/after comparison, the cars under the shadow have a slight blue cast which is effectively removed with secondary CC. 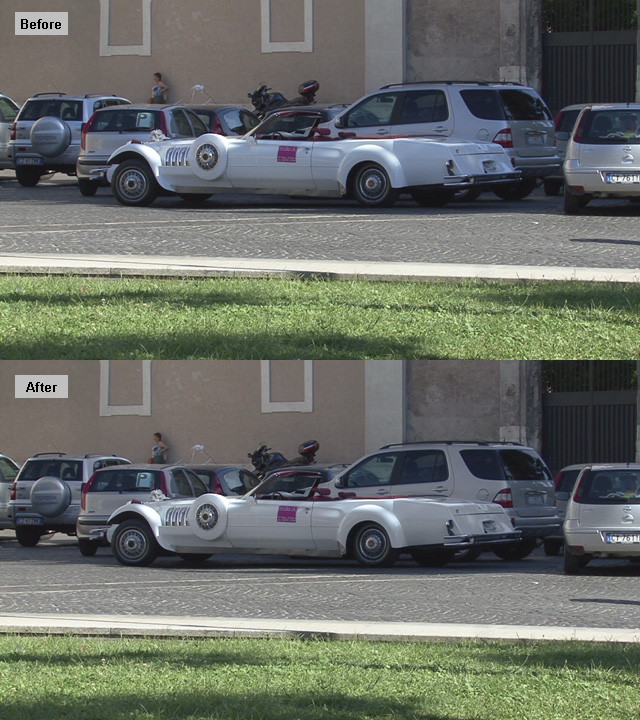 All that was needed was to qualify the incorrect parts of the picture with a HSL key (Hue Saturation Luminance) targeted at that specific blue hue, then desaturate the color away from blue. 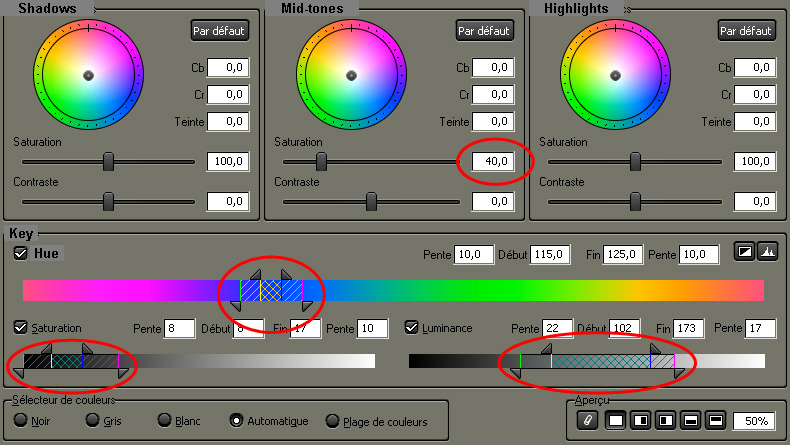 Here is another example: daylight casts a strong blue color on the white walls around the paintings, because the camcorder’s white balance was aligned to INDOOR (i.e. tungsten) temperature. Here the picture was a bit trickier to correct and two distinct corrections were needed: one for the blue cast on the upper half, one for the slightly purple cast on the bottom part. 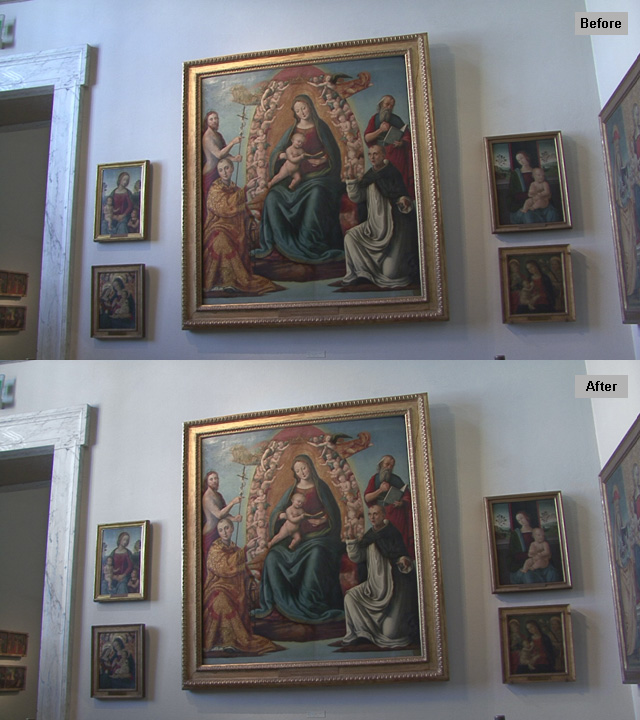 There’s still maybe a slight cyan tint on the upper right part, but this is as far as we can go without altering the paintings themselves and it is already a considerable improvement on the initial image.

You get the idea now… If you would like to further explore the techniques of color correction, read the splendid book by Steve Hullfish: The Art and Technique of Digital Color Correction.