Based on previous tests and the growing feeling that something really is wrong with Auto White Balance, now is time for a real-life comparison of the OUTDOOR WB preset vs. AWB. A short trip to the remote countryside was a nice opportunity to check everything in a real-life outdoors situation, and get a final answer to the question which triggered this whole quest: how can we best capture the true colors of trees and grass, especially in these early days of spring, and avoid yellow casts…

Here comes an illustrated demonstration of the superiority of OUTDOOR WB over Auto WB.

The first series of frame grabs shows the typical situation when AWB goes awry: on the right is AWB with the 4 possible values for the ‘AWB SENS‘ menu setting; on the left is Outdoor WB preset (repeated 4 times to facilitate the comparison).

For some reason, the colors appear a bit dull here once converted to JPEG stills (colorspace issues maybe?), compared to viewing on the TV or in EDIUS where the yellow cast is significantly stronger. Anyway the conclusions are already quite obvious: 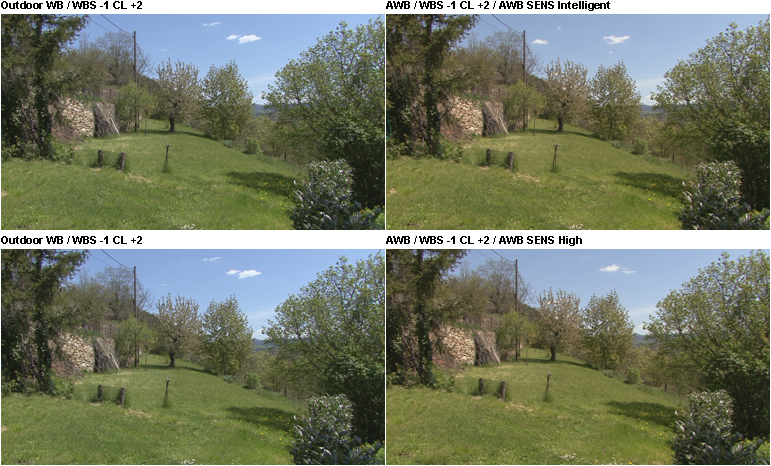 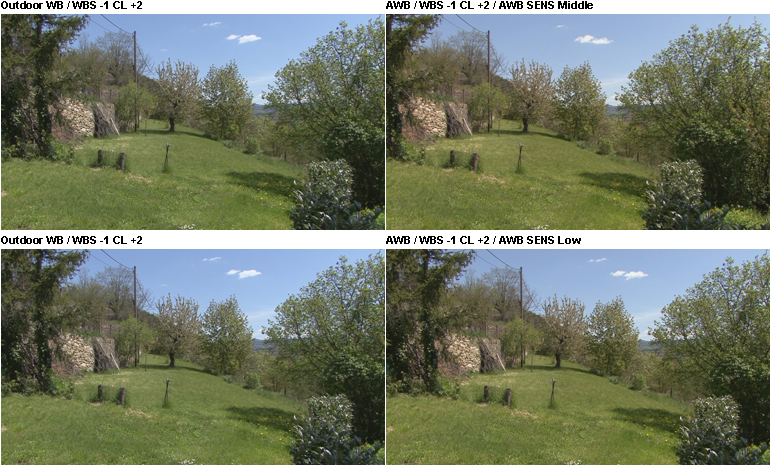 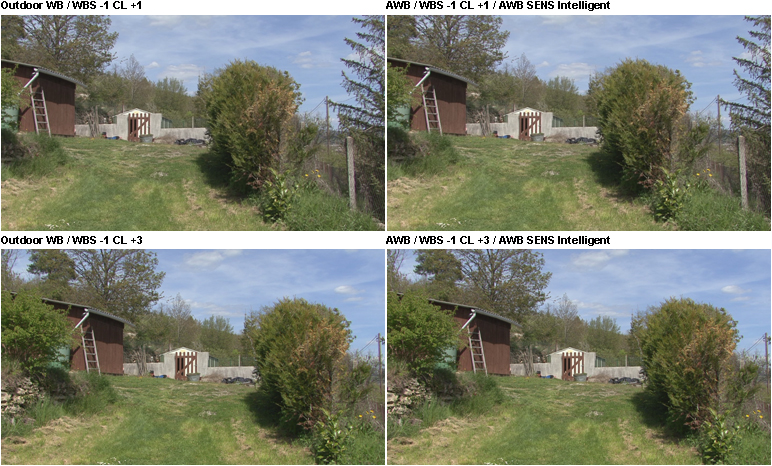 So this final outdoors test brings some very important confirmations and conclusions:

This last point is interesting in light of what Sony writes in the FX7 Operating Guide (quote):

[AWB SENS] is not effective under a clear sky or the sun.

Haha, it does seem quite effective instead in causing that random yellow cast!

I’ll take that with a little bit of humor, because the one WB feature that was brought by the FX7 and did not previously exist (e.g. in the HC3) is apparently the one that rampaged and ruined random parts of the footage I took during my trip to Rome. More examples in my next, final post about colors when shooting outdoors with the FX7.